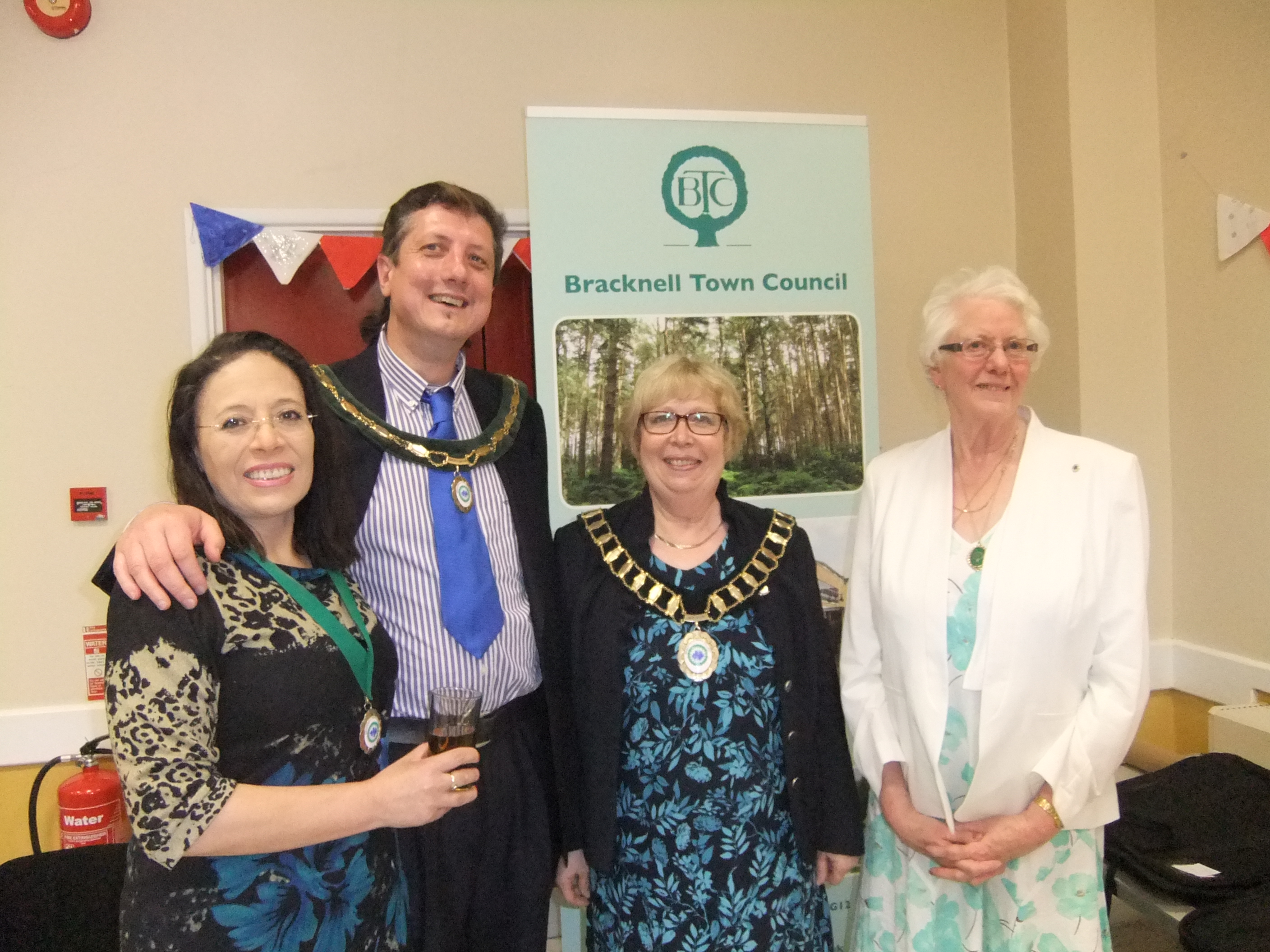 In this very important year, both for Bracknell town and Her Majesty the Queen, Town Mayor Cllr Ash Merry intends to follow Her Majesty’s lead and focus on ‘neighbourliness’, saying ‘Nobody can do everything but everybody can do something and it is often the little things which can make a difference to others who are facing daily challenges’.

Bracknell Town Mayor Councillor Ash Merry will be raising funds to support initiatives to actively combat isolation and loneliness and the money raised will benefit residents in Bracknell town.

At the meeting, Town Mayor Councillor Ash Merry presented grants to a number of local organisations. This money enables them to continue to provide valuable services to the local community.